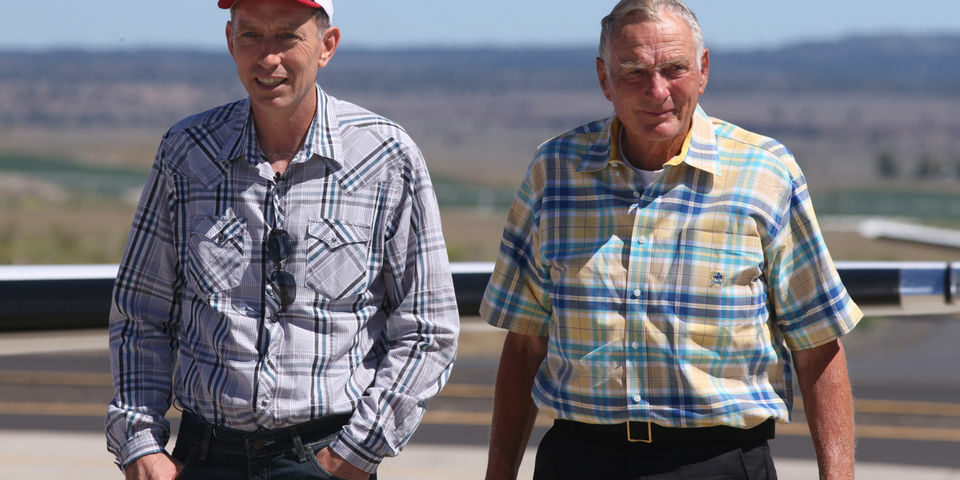 President Trump on Monday pardoned Dwight and Steven Hammond, the Oregon ranchers unjustly prosecuted and imprisoned by rogue federal agents and prosecutors for starting a fire on their own land to clear undergrowth and invasive plants.  The fire leaked onto “federal” land, but there were no injuries and no structures were burned. In what amounted to a clear violation of the double jeopoardy clause of the 5th Amendment, they served the sentence imposed by the judge, were released, and then ordered back to prison, where they were when the pardon was made.  Their case inspired the occupation of a vacant federal wildlife refuge building by protestors, including Cliven, Ryan and Ammon Bundy and others.  Here is the Whitehouse official statement about the pardons:

“Today, President Donald J. Trump signed Executive Grants of Clemency (Full Pardons) for Dwight Lincoln Hammond, Jr., and his son, Steven Hammond.  The Hammonds are multi-generation cattle ranchers in Oregon imprisoned in connection with a fire that leaked onto a small portion of neighboring public grazing land.  The evidence at trial regarding the Hammonds’ responsibility for the fire was conflicting, and the jury acquitted them on most of the charges.

At the Hammonds’ original sentencing, the judge noted that they are respected in the community and that imposing the mandatory minimum, 5-year prison sentence would “shock the conscience” and be “grossly disproportionate to the severity” of their conduct.  As a result, the judge imposed significantly lesser sentences.  The previous administration, however, filed an overzealous appeal that resulted in the Hammonds being sentenced to five years in prison.  This was unjust.

Dwight Hammond is now 76 years old and has served approximately three years in prison.  Steven Hammond is 49 and has served approximately four years in prison.  They have also paid $400,000 to the United States to settle a related civil suit.  The Hammonds are devoted family men, respected contributors to their local community, and have widespread support from their neighbors, local law enforcement, and farmers and ranchers across the West.  Justice is overdue for Dwight and Steven Hammond, both of whom are entirely deserving of these Grants of Executive Clemency.” Glad to be home.

The case of the Hammonds, was first on the list of “Free the Innocents” listed in the Freedom Coalition’s website.  (See: thefreedomcoalition.com).  As founding members of the Coalition, CSPOA is overjoyed to be able to say we had even a small hand in helping to free the Hammonds.  Please go to your elected officials and demand that they use their influence to bring justice to the others on the Coalition website.

For full details on the background of this dramatic land dispute, click here:  https://www.nytimes.com/2018/07/10/us/politics/trump-pardon-hammond-oregon.html