The Solution to School Shootings 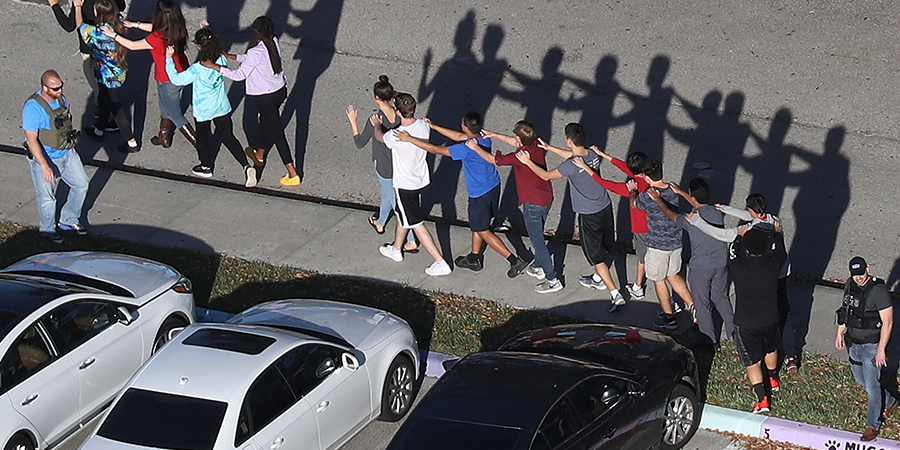 The Solution to School Shootings
By Kevin Blake

With the most current shooting at a Florida high school, we once again find ourselves debating guns and how to secure our children while attending school. Like always, the debate has turned to how to fix the problem. If we are to fix this problem we must use history as a means to measure what works and what is an utter failure. Here is what we know.

“NO AMOUNT OF MONEY WILL FIX THIS PROBLEM”

After the Pulse shooting at a Florida nightclub, Governor Rick Scott committed to asking for an additional $5.8 million dollars to hire an additional 46 FDLE terrorism agents. Later, Governor Scott is quoted saying, “We will do everything in our power to make sure this never happens again. By investing in our state’s counter-terrorism efforts, our law enforcement officers will have the resources they need to curb this senseless violence.” We must understand that no amount of money will fix this issue and that new taxes and creating more government, while a noble thought, will not work either. Source

Governor Scott’s quote is just a more recent illustration when compared to the numerous examples of money that is wasted politically, legislatively and bureaucratically to prevent a problem that will not be cured by money. Mark my words, watch for those in the coming weeks who want to convince you that giving them more money, higher taxes, political power and growing government will fix the problem.

“NO AMOUNT OF GOVERNMENT OR GUN FREE ZONES WILL SAVE LIVES: YES, NIKOLAS CRUZ IS ALIVE AND WELL”

If we are to measure whether or not Gun Free zones are effective in preventing school shootings, it should be noted that from the period of the 1700’s-1990 there have been 95 gun violence incidents in schools. Since the passage of the Gun Free School Zones Act public school shootings have nearly doubled in a 30 year period when compared to 95 recorded incidents in a 295 year period. This tells us that Gun Free zones are an utter failure and that no amount of government or gun free zones will save lives.

Well that is a lie, as Nikolas Cruz is alive and well. The Gun Free Zone saved his life so he could take the lives of others. The GFSZA is a perfect failure that has led to an increase in gun related incidents in schools.

Every time we find ourselves facing this situation, we diminish the mourning of those who lost their lives with a political agenda of taking guns away from law abiding Americans, for the actions of one mad man. Where is our humanity? Some of us are more mad at a piece of metal than the person responsible for the tragedy, and that hatred for guns is then projected on an entire group of people who in turn have to defend themselves from the senseless political attack, naturally fanning their flames of frustration and anger.

Then our solution is to turn to legislators and pass legislation that serves more of an agenda than it does the American people. Even legislation repealing gun free zones will still take so much time to pass, it continues to leave our children vulnerable to the failures of history. Legislating our way out of the problem with gun control is not the solution, as history has proven time and time again.

It is time that we put all the failures of the past aside and look to common sense for once. Would you believe that there is a solution that we can safely and securely apply to minimize, if not prevent, school shootings while being fiscally responsible, and not creating more government or a ton of new laws? Yes; It is time to train and arm our teachers.

The CSPOA will be the at the center of that solution. We firmly believe that it is again, the county sheriff who is the bastion of hope in fixing the problem. However, it will take a repeal of various state laws to enable us to arm teachers, which will take lots of time and our children deserve to be protected now.

Currently, we are reaching out to sheriffs across the country with hopes to develop a plan of action for them to foster, and/or enable a solution to train and arm teachers who wish to protect their students. In the coming weeks we will have more on this and continue to keep our members up to date as to our status. The CSPOA is here to work with our LEO professionals and other elected officials, and educational leaders at all levels, to develop a winning solution.