A new approach to defending the Second Amendment 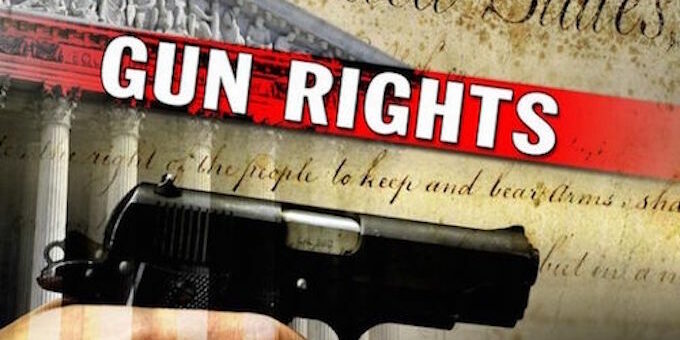 Another month down and our Second Amendment rights are under attack once again. With the spur of recent shootings across the country, the gun grabbers are out in full force infringing “the right to keep and bear arms, period.” The more recent and discussed shooting is the Parkland, Florida shooting, which re-ignited this onslaught on our constitutionally protected freedoms. As you read further, I will discuss an idea that, in my opinion, could change the course of history.
First, ask yourself this: how can a movement of 24 youths from a sleepy Florida town convince an entire Florida Republican legislature to ram through gun control? Also, how can this same group launch a nation-wide campaign convincing congress to propose new gun control measures? The simple answer…. MONEY!

As soon as an incident happens, they (the gun grabbers) will have a nationwide movement rolled out within hours to fit their agenda because they have the funding to buy off people and media. Money is nothing these tyrants are in short supply of. They have ilk-like Nazi collaborator George Soros, and golden shoe boy Michael Bloomberg to back them. Oh, and let’s not forget about the women who fuel this anti-American garbage, like the not so fine Dianne Feinstein, and the sour co-founder of the Womens’ March Linda Sarsour, who is a staunch proponent of female genital mutilation and supports many anti-American causes. These are just a few of many diabolical players we are up against.

Next, we must look at our own side which contains the turn-coat politicians and gun lobbies who think our rights are up for discussion. Recently, Florida Representative Randy Fine, in conjunction with a vast amount of other Florida republicans passed a “school safety bill.”

I had the opportunity to confront Randy about his unconstitutional, anti-freedom behavior, but he didn’t think that infringing the right of an 18-20 year old or a pregnant mother with a restraining order, to keep and bear arms is gun control. Furthering his idea of what gun control isn’t, he and several other enemies of freedom also supported a bump-stock ban.

Now, get your popcorn ready and read the language they passed defining a bump fire stock:

“the term bump-fire stock” means a conversion kit, a tool, an accessory, or a device used to alter the rate of fire of a firearm to mimic automatic weapon fire or which is used to increase the rate of fire to a faster rate than is possible for a person to fire such semiautomatic firearm unassisted by a kit, a tool, an accessory, or a device.”Source 736-747

Because of this language, trigger jobs on some firearms could be outlawed in the State of Flori-duh.

Now, let’s combine this action with others occurring across the country. One example is the proposed Assault Weapons Ban by the Boulder City Council which received extensive coverage on The Scooter Mcgee Show (1310 KFKA AM) in an exclusive interview with educator and award winning political journalist, Sherrie Peif.

Scooter, a 3-time winner of the CO Broadcasters Association Best Talk Show Host Award, and Mrs. Peif detailed the bold actions of the council in their attempt to subvert constitutional law and pass 9-0, an Assault Weapons Ban in the City of Boulder, CO in spite of massive bi-partisan opposition. McGee and Peif were hard hitters in giving this coverage, and we commend them both for their support of the Second Amendment.

So, from Florida to Deerfield, IL, and Colorado’s liberal Boulder rolling at the second amendment, I for the first time fear this will not be something that will go away like news cycles.

Even the most the acclaimed mainstream and wildly recognized “PRO GUN” organizations either complicate or compromise on gun control. This is not meant to be an attack on anyone, but come-on, it was the NRA who took the lead on proposing a ban on bump stocks in the first place.- Source

I am all about giving credit where credit is due… the Democrats call the NRA a terrorist organization but is it just political theater?

After all, it was the NRA who helped President Roosevelt draft the 1934 National Firearms Act and the 1938 Gun Control Act. In the 1920’s it was the arm of the NRA, the National Revolver Association, who drafted legislation initially passed by 9 states requiring bureaucrat permission to carry a gun. Source

How convenient, you draft laws that require a license for people to carry a firearm, but mandate they take an NRA approved course given by an NRA instructor, which to this day continues making millions in instructor classes to certify people. Two quotes for the reader to consider.

“I have never believed in the general practice of carrying weapons. I seldom carry one. … I do not believe in the general promiscuous toting of guns. I think it should be sharply restricted and only under licenses.” ~ NRA President Karl Fredrick

“The Right of the people to take a NRA Certified class to bear arms, shall not be infringed” ~ Said No Founding Father Ever

The insider corruption and the literal buck has to stop somewhere. In 2013, when I authored the Weld County Colorado Firearms Protection Code, NRA representatives at a Windsor, CO gun show proceeded to lecture me, while I was promoting the code, why we needed to give in to communist gun grabbers and let Denver have its way with our guns.

Has the NRA done some good? Yes, but I say this carefully, because I do not have “drafted Hitler-ish National Gun Control act legislation in 1934 and again in 1938” on my resume.

I think the NRA is far from any gun owner’s friend next to Dudley Brown’s Rocky Mountain Gun Owners and National Association for Gun Rights circuses. The bottom line, all these guys get it…it’s all about the money, and the good guys out there perish under the big boys’ political fodder of being pro-gun.

So, where does this leave us? How do we counter the cash wars, so to speak? Again, the simple answer is MONEY, but putting money in the right places. I have recently come up with an idea to purchase “war bonds” to support the good guys.

And this year my friends, I have decided to donate my birthday money to Gun Owners Foundation in hopes to give us a leg up in this anti-gun fight. Many good gun-owning and non-gun owning Americans alike will be needing GOA on our side.

This Facebook feature is awesome, as a third party handles all the transactions and once the campaign wraps up, the third party will send the proceeds to GOA directly.

How it works is simple, everyone donates $5 (the minimum) to the Second Amendment. In perspective, all I am asking for is you to give up that next latte, pack of smokes or whatever you may be into, to preserve the Second Amendment. Then, invite 100 of your friends to do the same thing. You can donate and share here.

Could you imagine 200 Million gun owners donating $5 to preserve the Second Amendment? WOW, we would have a war chest that would send George Soros running for Nuremberg!

So far the campaign has been up for about 2 week’s and sadly has brought in only $70.

Gun Owners could really use your help in this fight, and if you can’t donate, share it with your friends, or perhaps start your own birthday fundraiser to help GOA fight the good fight in this more-than-worthy cause.

We need to get involved, folks, we need to get active. The agenda continues and it is again up to us, We the People, to stop it. From fundraisers to rallies or getting involved in local political committees, we need to become more active. We are all busy with kids and life, but what life will we leave our kids because we were caught up, and busy?

Quickly clicking “share” and/or donating what you can afford to this fundraiser is a good start to activism in fighting against the deep state swamp. Pray for our nation good people, and thank you all for your support.