Why should you become a member of the Constitutional Sheriffs and Peace Officers Association? No other organization has assembled sheriffs, peace officers, military, veterans, citizens and elected officials who are resolute in upholding their oaths to protect the constitutional liberties of the people.  We hold our oaths sacred.

The CSPOA already has rallied thousands of people, including concerned citizens, police, sheriffs and public officials across the country who expressed the desire to join us in the Holy Cause of Liberty. Sheriff Richard Mack (Ret) founded the Constitutional Sheriffs and Peace Officers Association to unite all public servants and sheriffs to keep their word to uphold, defend, protect, preserve, and obey the Constitution of the United States of America.

Our success is forged by bringing the people together with strong constitutional sheriffs and peace officers. Across the country we are witness to a growing movement of public officials who are drawing a line in the sand. We are interposing ourselves between the sometimes overreaching government and your constitutionally guaranteed rights.  We are erecting the barriers that protect states’ rights, as spoken of by James Madison.

CSPOA membership fees and donations are used to meet the following objectives:

“The instruments by which governments must act are either the authority of the laws or force. If the first be destroyed, the last must be substituted; and where this becomes the ordinary instrument of government there is an end to liberty!”- Alexander Hamilton

We strongly feel that education is the only way that we the people can win the war against crime, terrorism, and corruption and take this country back. The sheriff is the highest elected official in the county and has the authority to stop this insanity. The County Sheriff is the upholder, defender, protector, and servant of the constitutional rights of the people.

Any person who advocates for, is or has been a member of, is or has been associated with, any organization that promotes discrimination, violence or hatred toward any person or group based on race,  nationality, or color, shall  NOT be entitled to be a member of the CSPOA. The CSPOA governing board retains sole discretion regarding membership.

WAYS TO GET INVOLVED

Click here to opt in to the free CSPOA monthly newsletter and get critical organization updates and news alerts. Our mailing list will also communicate with you by email regarding further activities and service opportunities.

Becoming a member of the Constitutional Sheriffs and Peace Officers Association is a major step to supporting our mission and helping resolve some of the most critical problems facing America. From Citizens to government, everyone is eligible for membership.

ONE TIME AND REOCCURRING DONATIONS

You can make an anonymous one-time or reoccurring donation via our donations page. Your donations will always remain private. 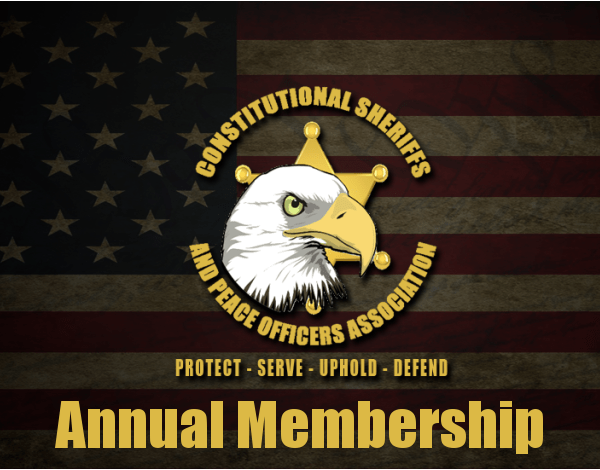 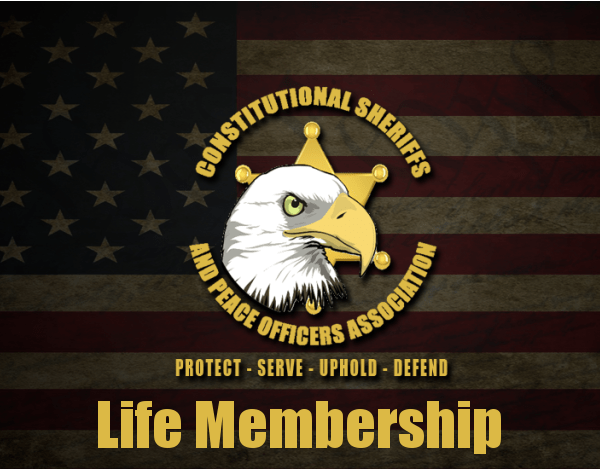