Finally, there is some sanity coming to the issue of out-of-control federal bureaucratic abuse of American citizens and the states where they reside.  Now, Utah Congressman Jason Chaffetz is leading a charge to clip the ears of the Bureau of Land Management and the US Forest Service and to eliminate the agencies’  police divisions.

CSPOA supports this legislation and we urge everyone to call your representatives, urging their support also.

Here is the news release from Chaffetz’ office.

Washington, D.C. – Today, Congressman Jason Chaffetz (R-UT) released the following statement after reintroducing two bills dealing with the 67 percent of the State of Utah that is under federal ownership.

“It’s time to get rid of the BLM and US Forest Service police. If there is a problem your local sheriff is the first and best line of defense. By restoring local control in law enforcement, we enable federal agencies and county sheriffs to each focus on their respective core missions.

“The long overdue disposal of excess federal lands will free up resources for the federal government while providing much-needed opportunities for economic development in struggling rural communities.” 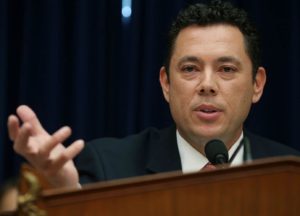 H.R. 621, Disposal of Excess Federal Lands Act, calls for the responsible disposal of 3.3 million acres of land identified by the Clinton Administration as being suitable for sale to non-federal entities. Encompassing just over one percent of total BLM land and less than half of one percent of all federal lands, these lands have been deemed to serve no purpose for taxpayers.  In Utah, some 132,931 acres of land are eligible for disposal.

JOIN THE CSPOA CLASS BELOW