Richard Mack – Founder
Author/speaker and former sheriff Richard Mack has served in a wide variety of roles over the course of his nearly twenty year career in law enforcement, which began in Provo, Utah.

Mack began his career with the Provo Police Department as a parking enforcement cadet while attending BYU. A couple of years later he became a full-time officer and was soon promoted to Corporal, Sergeant, and Detective. His most traumatic experience there was a one-year assignment as an undercover narcotics agent. After nearly 11 years at Provo PD, Mack decided to return to his childhood turf in Arizona and run for Graham County Sheriff. His campaign took off and he was elected in 1988.

He was sheriff for two terms until 1997. He was named Elected Official of the Year by the Arizona-New Mexico Coalition of Counties in 1994, received the NRA Law Officer of the Year, inducted into the NRA Hall of Fame, 1995 Cicero Award, Samuel Adams Leadership Award from the Local Sovereignty Coalition, and Gun Owners of America Defender of the Second Amendment Award.

During his tenure, federal officers informed the sheriffs of the state that they would be required to enforce the so-called “Brady Bill” and run background checks at their expense under the law. In 1994, Mack and six other sheriffs from across the country, challenged the constitutionality of the Brady Bill and ultimately, fought it all the way to the United States Supreme Court, where they won a monumental decision for freedom. Three years later, in a landmark 5-4 split decision based on the Tenth Amendment to the United States Constitution, Mack won his case.

A graduate of the FBI National Academy, some of Mack’s positions include: patrol officer, undercover narcotics officer, hostage negotiator, youth officer, school resource officer, communications supervisor, corporal, front desk sergeant, detective, sheriff, Search and Rescue supervisor, jail administrator, and DARE instructor.
Mack has been a consultant on numerous cases regarding police abuse, brutality, and other misconduct by public officials. He has joined with other members of the law enforcement community to speak out in favor of drug policy reform.

A graduate of Brigham Young University, Mack now lives with his wife near the Phoenix, AZ area.
During the past two years Sheriff Mack has been a speaker at more than 70 different Tea Party rallies all across the country, ranging all the way from Honolulu to Bangor, Maine. Mack has supported this noble movement, because it is both effective and peaceful.

Author/speaker and former sheriff Richard Mack has served in a wide variety of roles over the course of his nearly twenty year career in law enforcement, which began in Provo, Utah. Please see the Events page for a current list of events that Sheriff Mack will be speaking a. 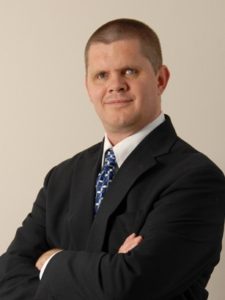 Who is Sam Bushman?

According to Sam, the words “Family Man” describe him to a tee. Along with his strong Christian beliefs, his wife Julie and eight children are his treasures. His hobbies include home schooling his children, playing games, fun in the outdoors, reading, a love of music, and his favorite, talk radio.

Sam has been a talk show host for 20 years, sharing his God given gift of gab on a wide range of topics. He is a well known Public speaker on all topics relating to Liberty.

Sam is well known for the He Who Owns The Media Makes The Rules DVD and the New Media Takes Center Stage Presentation. Sam also runs a consulting business, End to End Technologies, specializing in radio automation, digital audio production and editing, voice over work, remote control access, networking, Internet streaming, etc. Sam is available as an IT consultant for small business. 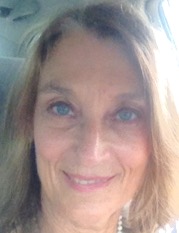 Tonya Benson became part of CSPOA’s staff in 2011 when Sheriff Richard Mack moved to Texas. Sheriff Mack and Tonya met in 2009 during his visit to Fredericksburg, Texas and once she heard him speak, she knew right away she wanted to be involved with what he was doing.  She got copies of his books and read them and began to share the message of the County Sheriff.  Tonya helped coordinate and arrange the first CSPOA law enforcement seminar in the Texas Hill Country. Tonya has been involved in coordinating the CSPOA conferences and has attended all of them.  Recently she helped redesign the new CSPOA brochure.

She considers herself a political activist and works at local, state & national levels. Tonya has worked the polls on Election Day as bilingual interpreter since 2007. Tonya has been a delegate to the Texas Republican Party State Convention since 2008. The Revolutionary War Veterans Association is another organization where Tonya volunteers.  She established this marksmanship and heritage program, the Appleseed Project in Fredericksburg, Texas seven years ago.

If you asked her why she does what she does, she will tell you it is because she has an amazing college-age son who she wants to see live in a free country and enjoy the liberties and freedoms of the Constitutional Republic that our founders gave us. She loves the educational experience and knowledge she gains from being in the company of so many dedicated constitutional LEO’s and scholars.

Her concern is for the next generation, our children & grandchildren and the legacy we are going to leave to them. As a nation, she thinks we have failed to be vigilant and take care to preserve our heritage of sovereignty and liberty. She considers that we are at a crossroads, at a tipping point in history when we must choose to take our country back or lose it.

Tonya believes that CSPOA and constitutional sheriffs and peace officers with the leadership of Sheriff Mack, is America’s best hope and offers a peaceful solution to getting America back and restoring our Constitutional Republic.